Rodolfo Montiel and Teodoro Cabrera, farmers of the Petatlán mountain range in the state of Guerrero, are activists who defend the forests of their region who have fought against the illegal logging of trees. Through the peaceful activism of the organization that they formed (the Organization of Ecological Peasants of the Sierra de Petatlán and Coyuca de Catalán, OCESP), they managed to withdraw from the area of ​​a US company responsible for the excessive and irregular felling of the forests of the Costa Grande. Therefore, they have received several international environmental awards. However, their triumphs in the defense of the environment provoked reprisals on the part of the State.

In 1999, in the context of a military operation allegedly against drug trafficking in Guerrero, Rodolfo and Teodoro were arbitrarily detained and tortured by elements of the army. They were forced to sign self-incriminating statements and then sentenced to prison for crimes they had not committed: carrying prohibited weapons and growing marijuana.

For humanitarian (health) reasons, both activists were released from prison in 2001 on the instructions of then-President Vicente Fox. However, Their innocence was still not recognized, so the litigation of the case continued until all the means available in national instances in Mexico were exhausted.

With the accompaniment of Center Prodh and other mexican and international organizations, the case was presented in 2001 before the Inter-American Commission on Human Rights, which declared the case admissible and after analyzing the merits of the case, declared the State’s international responsibility for violating the human rights of the environmental farmers. They made several recommendations to the Mexican State regarding reparations to the victims and actions at the national level to guarantee the non-repetition of similar events.

After several months in which the Mexican State failed to comply with the recommendations, the Commission sent the case to the Inter-American Court in 2009 for its evaluation. The Court declared the Mexican State liable for violations of the rights of personal liberty, personal integrity, judicial guarantees and for failing to comply with its obligations to adapt the domestic normative framework to the American Convention on Human Rights. In its ruling of November 2010, the Court ordered the Mexican State to repair the violations suffered by the two activists and implement several structural changes to eradicate the causes that gave rise to the abuses, including:

In 2013, the Court issued its first ruling on the progress made in complying with the 2010 ruling, stating that the State had not complied with these three fundamental points. Therefore, it urged them to do so within a reasonable period.

It should be noted that because of this case and three other sentences handed down by the Inter-American Court against the Mexican State between 2009-2010, Congress reformed the Code of Military Justice at the end of April 2014. The amended text provides that civil jurisdiction has jurisdiction over crimes committed against civilians, but still does not meet inter-American standards by not excluding the possibility for the armed forces to investigate and judge human rights violations.

On the other hand, there have been no significant advances in the investigation and sanction of acts of torture, and the State still does not comply with the requirements established by the I/A Court HR regarding the registration of detainees.

While the environmentalists are still waiting for justice for the serious human rights violations committed against them, they have made progress in defending the environment in Guerrero through international litigation: following the ruling of the Inter-American Court, the Mexican State made a public act of recognition of responsibility in which Rodolfo Montiel requested that the State carry out a reforestation project in Petatlán. Following the request, Semarnat (Ministry of Environment and Natural Resources) carried out an initial act of reforestation in the area in July 2013, consisting of planting thousands of red cedar and pine trees as part of a multi-annual reforestation project. 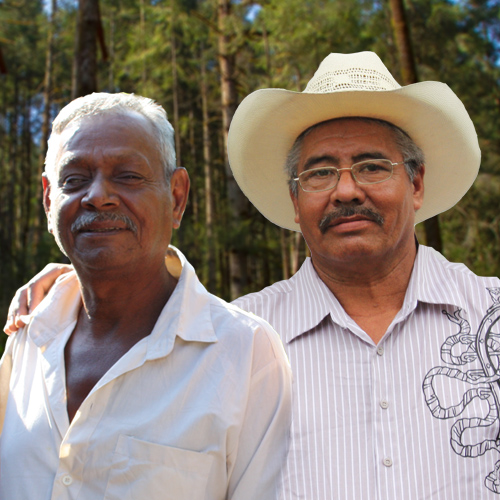 The Center Prodh, which has accompanied the environmental farmers during all these years, wants to contribute its own to make Rodolfo Montiel’s dream come true: “to go out, what I will do is to seek the construction of a new world”. Of this dedication, shared with numerous women and men who in the different regions of the territory are opposed to any resignation in the face of abuses of power, he wants to record this document 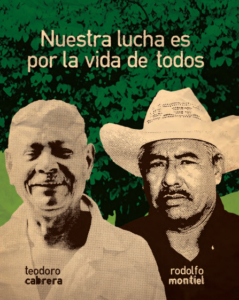