Alberta Alcántara and Teresa González, indigenous Hñähñú (Otomí) women from the state of Querétaro, were arbitrarily detained on August 3, 2006, were accused and sentenced unjustly; and they remained more than three years in prison for events that occurred on March 26, 2006 in Santiago Mexquititlán.

That day six federal agents of the extinct AFI (Federal Research Agency) began to confiscate merchandise from the traders of the tianguis of Mexquititlán. They were not uniformed or identified. The sellers, demanding their rights, opposed this authoritarian action. As an irregular operation, the agents had to yield to the claims and pay for the damages caused.

The incident seemed over; however, the agents and the Public Ministry orchestrated a process that would culminate in the arrest and conviction of Alberta and Teresa. In fact, the investigation was integrated with contradictory elements, with testimonies and evidence lacking minimum rigor; and, despite the inconsistencies, the District Judge of Querétaro ordered the arrest of three women – among them Alberta and Teresa. This detention was carried out without attachment to the law: through deception, without the persons who detained them being identified or indicating the real reasons for their detention. Until hours later Alberta and Teresa would find out that they were accused of having kidnapped the six federal agents who tried to abuse the merchants of Mexquititlán. The criminal process was also full of irregularities: despite being indigenous women, they were not granted the right to have a translator or interpreter, nor were the evidence that they were innocent; on the other hand, the testimonies of the agents were accepted despite the evident contradictions in these. In the process they were always at a disadvantage.

Given the obvious procedural deficiencies and the importance of the case, the Supreme Court of Justice of the Nation attracted, in an extraordinary manner, the appeal filed by the defense of both women. On April 28, 2010, the five Ministers of the First Chamber unanimously resolved to revoke the sentence condemning Alberta and Teresa to 21 years in prison and ordered their release. With this decision they sent a clear message to all the authorities: on one hand, the need to put respect to the presumption of innocence before any consideration and, on the other hand, the imperative to proceed with independence, impartiality, professionalism and wisdom when valuing the evidence provided in a process.

After almost 10 years since Alberta and Teresa were unjustly convicted for crimes they did not commit, in 2016, the Third Collegiate Court on Administrative Matters of Mexico City confirmed that the PGR should repair the damage by making a public apology for having arrested, prosecuted and illegally convicted of the crime of kidnapping.

In 2017 the act of recognition of innocence and public apology of the PGR (General Attorney’s Office) takes place. This act includes Jacinta Francisco Marcial. 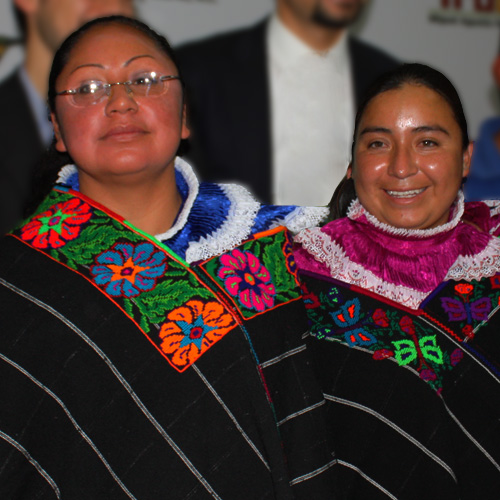