The protection and enjoyment of a population’s human rights is likely the most important yardstick for evaluating whether or not a democracy is doing its job. In Mexico, the serious human rights crisis – which had worsened by the “War on Drug Trafficking” – fueled, to a large extent, a deep frustration with the previous regime that was reflected in the 2018 election results, when a new political party was elected into power.

Given that this context facilitated the election of the new federal administration, victims’ organizations and civil society expected a strong advance in their demands, born out of decades of deep, constant, and often painful struggles. Struggles that, despite not fully reversing the reality of shocking impunity, had achieved important victories, including the birth of the ombudsman system, the constitutional reform on human rights, and the ever-growing recognition of the legitimacy of civil society’s work in this area.

Of course, these achievements were neither complete nor absolute. Human rights organizations have long pointed out the need to evaluate and reform the governmental institutions responsible for guaranteeing human rights. It should be acknowledged that these institutions have had little impact in the face of the high levels of impunity that prevail in the nation, have lacked relevancy for the protection of the rights of the impoverished majority, and, in many cases, have even generated broken bureaucracies. Nevertheless, there is no doubt that this institutional framework, which is both revised and reformable, has performed important functions in guaranteeing people’s rights. The new administration needed to build on these frameworks.

However, this has not happened. Several of these mechanisms and institutions began to be weakened at the Federal level. This institutional weakening is worrying: to get out of the human rights crisis, political will alone is not sufficient; there must also be institutions capable of implementing policies that last. In addition, the weakening of federal institutions generates a model that might soon be mirrored at the local level, where the institutions tend to be even weaker and more susceptible to undue intrusions from the governors.

In this issue of Focus we offer a brief overview of some of the most worrying aspects related to this weakening of the institutions and mechanisms for the defense of human rights, with the conviction that the institutions must be reformed to become stronger, not weaker. 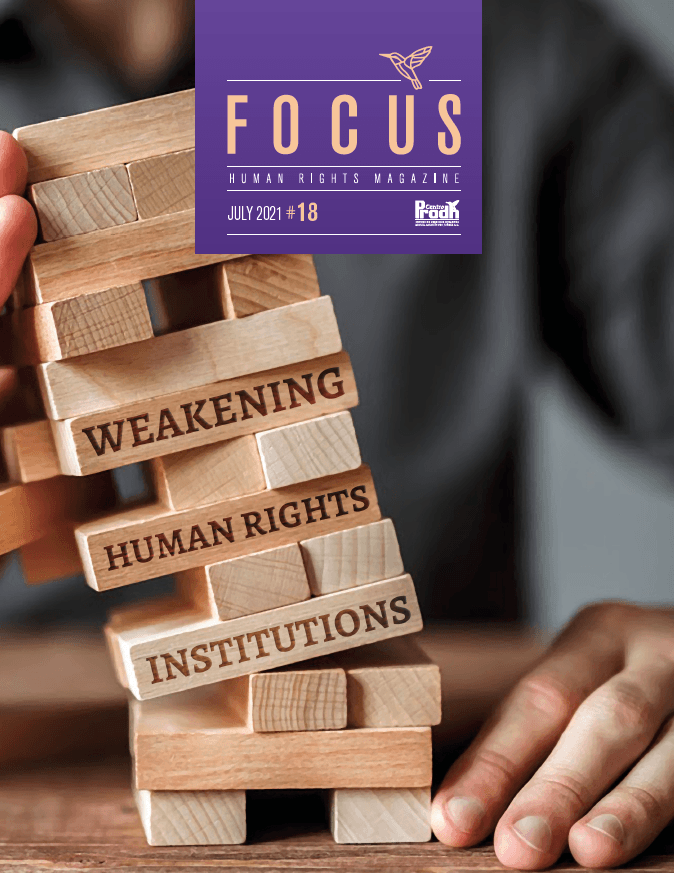