In his announcement, the provincial superior recognized Santiago Aguirre’s abiding identification with and commitment to the Jesuits’ mission to defend and promote human rights, as well as the full support that he has provided to the staff of Center Prodh and his 15-year career as a human rights defender in several organizations. He stated that he knows that Aguirre’s abilities will continue to be at the service of victims in Mexico.

“The Jesuits in Mexico reaffirm their commitment to the defense and promotion of human rights in the country, always on the victims’ side,” said the provincial superior.

Until now, Aguirre had held the position of Deputy Director of Center Prodh throughout Patrón’s 5-year term. Fr. Magaña thanked Mario Patrón for his work over the last 5 years and for his commitment to the Society of Jesus:

“Patrón’s term at Center Prodh reinforced strongly our commitment to human rights.” Patrón will now take up the presidency of the Ibero-American University in Puebla.

Centro Prodh has been key for the Society of Jesus in Mexico to respond effectively to the fight for human dignity alongside men and women who have survived violations of their rights.

“This appointment,” declared the provincial superior, “reaffirms our strong commitment to ensuring that Center Prodh, with its expert staff, continues to accomplish its mission alongside victims.” 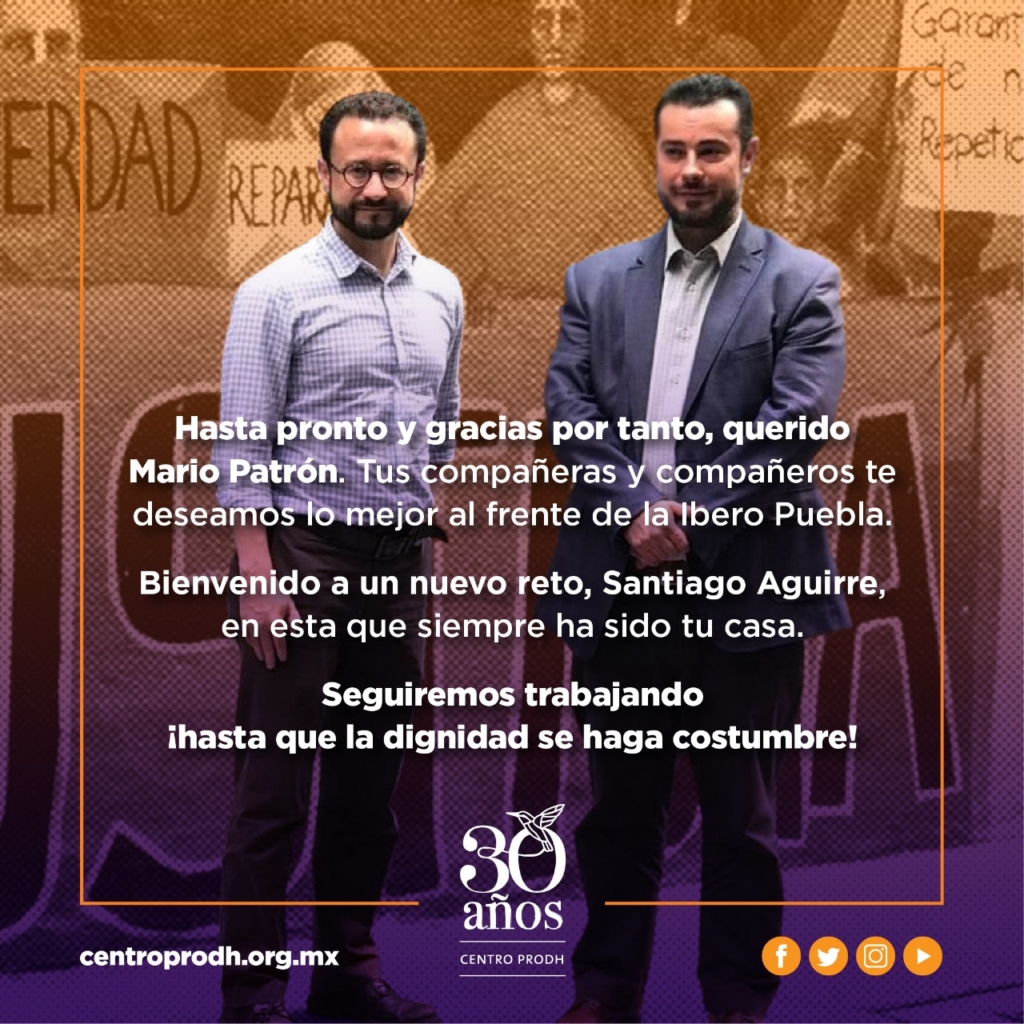