Justice, Clamor, and a Promise: The Public Apology to the Families of the Tierra Blanca Case

Mexico City, March 4, 2019. With a clamor for justice and the promise that this event is only the beginning in the path to truth, the Act of Recognition of Responsibility and Public Apology by the Government of the State of Veracruz to the families of José Alfredo González Díaz, Mario Arturo Orozco Sánchez, Susana Tapia Garibo, José Benítez de la O, and Bernardo Benítez Arroníz, the five young Mexicans who disappeared at the hands of members of the state police in Tierra Blanca on January 11, 2016, took place today.

Welcoming the families and recognizing their fight, the Undersecretary for Human Rights, Migration, and Population of the Ministry of the Interior (Segob, by its Spanish acronym), Alejandro Encinas Rodríguez, declared that the federal government has the conviction of ending impunity and promised to walk with the family until the end.

The families stated that the absence of their sons and daughter would motivate them to keep seeking justice and reaffirmed that their children were innocent, cheerful, and loving, and that they were stigmatized.

“Mr. Governor, you inherited a state with razed institutions, with officials engaged in organized crime. Faced with this, you can only walk with victims by rooting out corruption, doing justice, and telling the truth—the whole truth, not a half-truth,” proclaimed Bernardo Benítez. The father of Bernardo mentioned the main pending actions: sentencing the 21 detainees after they face an appropriate criminal proceeding and investigating an official of the Public Prosecutor’s Office colluded with organized crime as well as high-ranking officials.

Carmen Garibo, mother of Susana Tapia Garibo, explained that they fight for justice and to prevent anyone else from going through the same situation as her daughter and her four friends. “To us as mothers, seeking justice isn’t stubbornness—it is an act of love. An act of love for our sons, for my Susana,” she added. In addition, she recalled the situation of the state of Veracruz: “Today we are here for our sons and daughter, but we want to remember so many other mothers of our state who do not give up and seek justice.”

José Benítez, father of José, called for authorities’ sensitivity, “Because my grief has lasted 1158 days. I demand that our case be fully followed through. We deserve it.”

Mario Patrón Sánchez, director of the Miguel Agustín Pro Juárez Human Rights Center, is hopeful that the event will comfort families and lead to justice, and told authorities, “We have arrived to this moment convinced that promises of change must be complemented with real signs, with placing victims at the center, with decisive measures that amend what’s been deficiently done. It is completely up to you that there are no more Tierra Blanca cases.”

In his speech, the Governor of Veracruz, Cuitláhuac García Jiménez, recognized the responsibility of the state government for the disappearance of the young men and woman, for the collusion between authorities and organized crime, and for impunity and the criminalization of victims. “I offer an apology to you for the actions of the police, for the illegal and arbitrary arrest that your sons and daughter suffered while driving on a road in the state of Veracruz. I offer an apology to you because members of the security forces, who should have protected them, broke the law and, without any justification, without any reason, took them away and handed them over to people presumed to be members of organized crime.”

Governor Cuitláhuac García committed himself to complying with all the recommendations assigned to him as head of the state government. “We know that your main demand is obtaining justice, and that should be our main concern,” he added.

The act officially stemmed from Recommendation 5vg/2017 issued by the National Human Rights Commission (CNDH, by its Spanish acronym), addressed to the state government, as well as from the report issued by the Executive Commission for Attention to Victims (CEAV, by its Spanish acronym). The participants affirmed that their main motivation was the families’ relentless struggle, which has already made several institutions take action and recognize the severity of the events, the macro-criminality context in Veracruz, and the deficiencies in the administration of justice in this state.

Representatives of international human rights organizations, civil society organizations and organizations formed by victims’ families, as well as representatives of the diplomatic corps and officials of the State of Veracruz, including state Attorney General Jorge Winckler and the Chief Justice of the Veracruz High Court, Edel Álvarez, were present during the act.

SPEECHES (Only in Spanish) 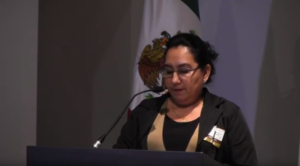 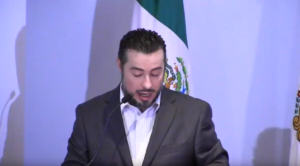 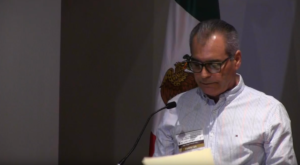 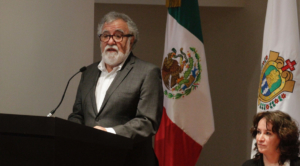 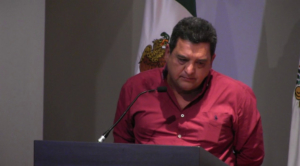 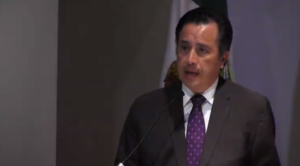 Speech of Cuitláhuac García, Governor of the state of Veracruz 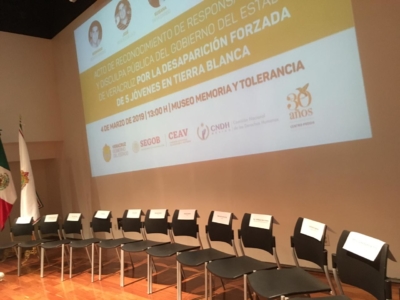 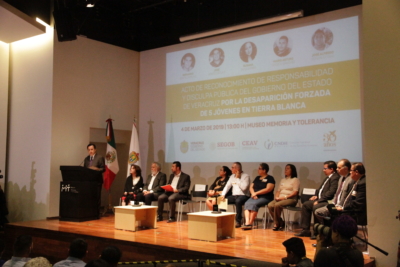 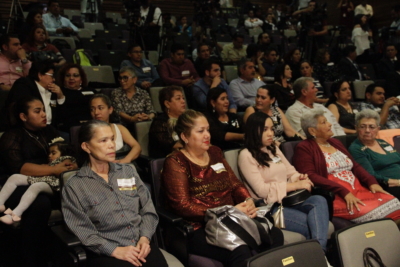 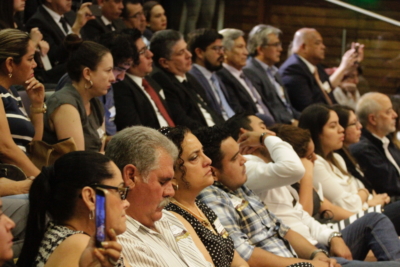 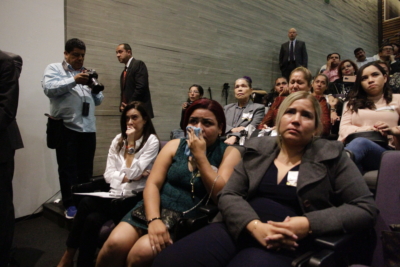 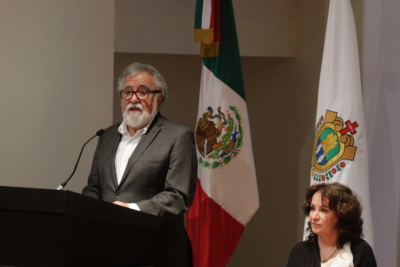 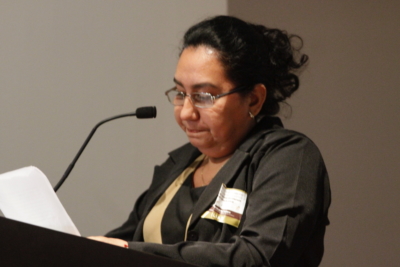 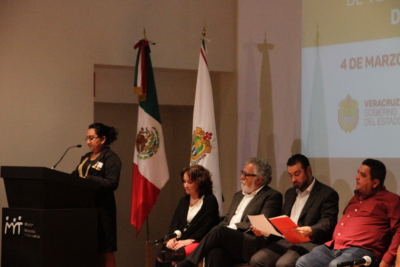 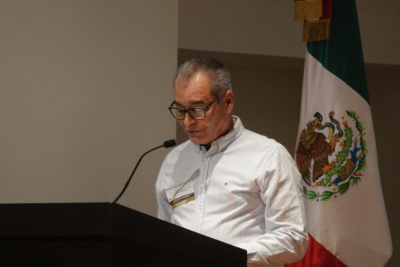 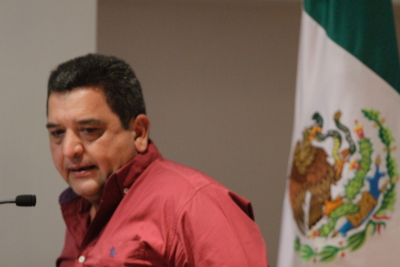 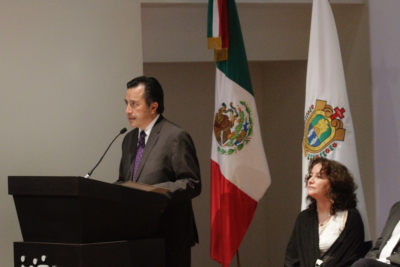