President Decrees Creation of Commission to Address the Ayotzinapa Case

President Decrees Creation of Commission to Address the Ayotzinapa Case

Mexico City, December 03, 2018. To the families of the 43 disappeared students of Ayotzinapa, the decree to reinforce the right to access to truth and justice issued and signed today by the President Andrés Manuel López Obrador represents a new phase of hope, where “trust will gradually be built.”

After highlighting his perseverance and asking him to keep it in order to find the whereabouts of the students, María Martínez, mother of Miguel Ángel Hernández Martínez, asked Andrés Manuel López Obrador to keep walking with the parents of the Ayotzinapa students, and noted that the disappeared amount to thousands in Mexico. “We are here because we don’t want any other family to go through all of this,” she remarked.

The decree orders the creation within 30 workdays of a Presidential Commission —coordinated by Alejandro Encinas, Undersecretary of Human Rights— that will provide the families of the victims, who will help in the investigation, with all the institutional facilitators and support required to elucidate the events of the case. The Commission will be formed by the relatives of the disappeared students, their legal representatives, and officials of the Secretariat of the Interior and the Ministry of Foreign Affairs, as well as professional and technical experts.

The President states in the decree that the entire federal public administration shall facilitate the right to truth of the families. Undersecretary Encinas shall specifically establish the necessary links with different government bodies and the justice system to ensure the success of the Commission.

“There won’t be any hindrances to finding the truth,” assured President López Obrador. He also restated that finding the truth is an affair of State, for it strengthens institutions, and highlighted the importance of this act as the first act of State in the National Palace of the new Presidency. The families asked that they not be denied the necessary consultations and that they receive respectful treatment.

The decree —which will be published tomorrow at the Official Gazette of the Federation and will come into force the following day— establishes that the Ministry of Finance and Public Credit will allocate the financial resources necessary to run the commission “without obstacles.” The Ministry of Foreign Affairs will negotiate the necessary agreements with organizations such as the Inter-American Commission on Human Rights (IACHR) and the United Nations (UN) in order to reinforce the international cooperation on the case.

In addition, by ordering all organizations and government bodies to facilitate any information that can contribute to the elucidation of the events, the decree recalls that the information on gross human rights violations must not be confidential and commands the implementation of protection measures and benefits for the people that provide relevant information.

While Alejandro Encinas affirmed that the decree represents the beginning of a State policy “revolving around victims,” the families of the disappeared students highlighted, “We are aware that signing this document doesn’t mean that everything’s been solved. That’s why we ask you not to leave us alone.”

The families’ representatives said that the negotiations with the IACHR for international technical assistance, specifically of the Interdisciplinary Group of Independent Experts (IGIE) will start on December 5.

Consult the Decree (Spanish only)

National Anthem and Participation of the Secretary of the Interior, Olga Sánchez Cordero

Participation of the Undersecretary of Human Rights, migration and population, Alejandro Encinas

Signing of the Decree and participation of Doña María Martínez, mother of Miguel Ángel Hernández Martínez

Participation of the President of Mexico, Andrés Manuel López Obrador 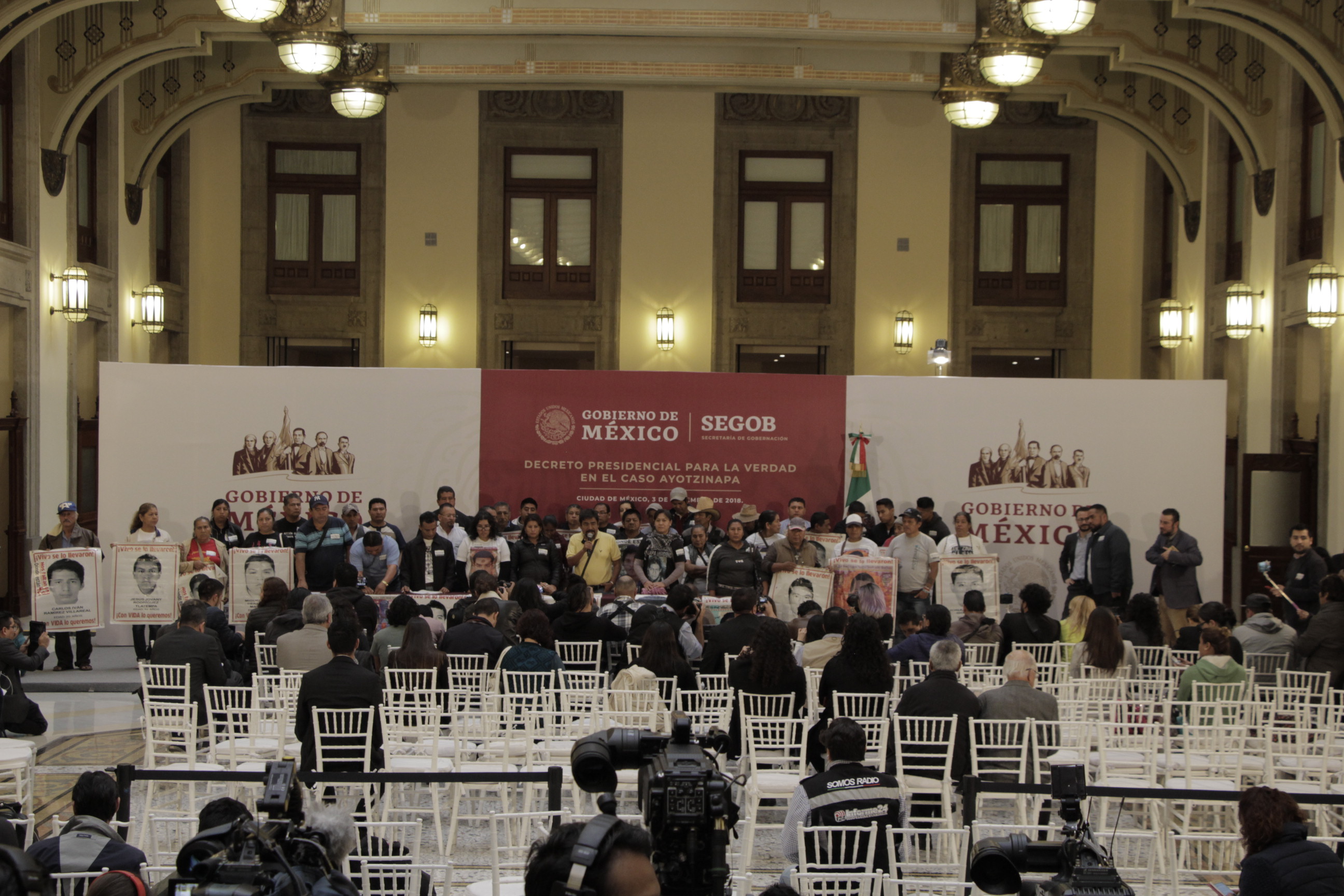 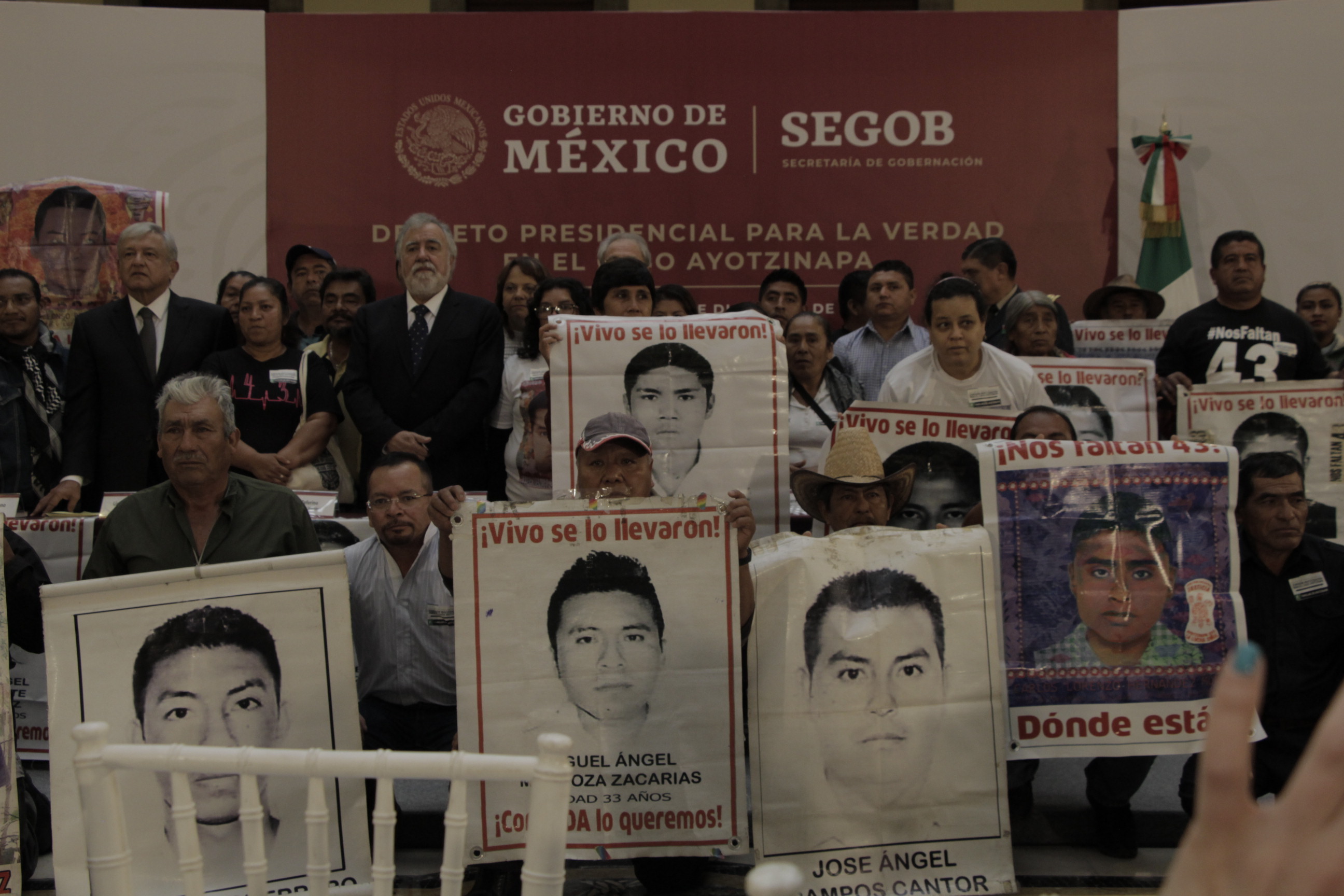 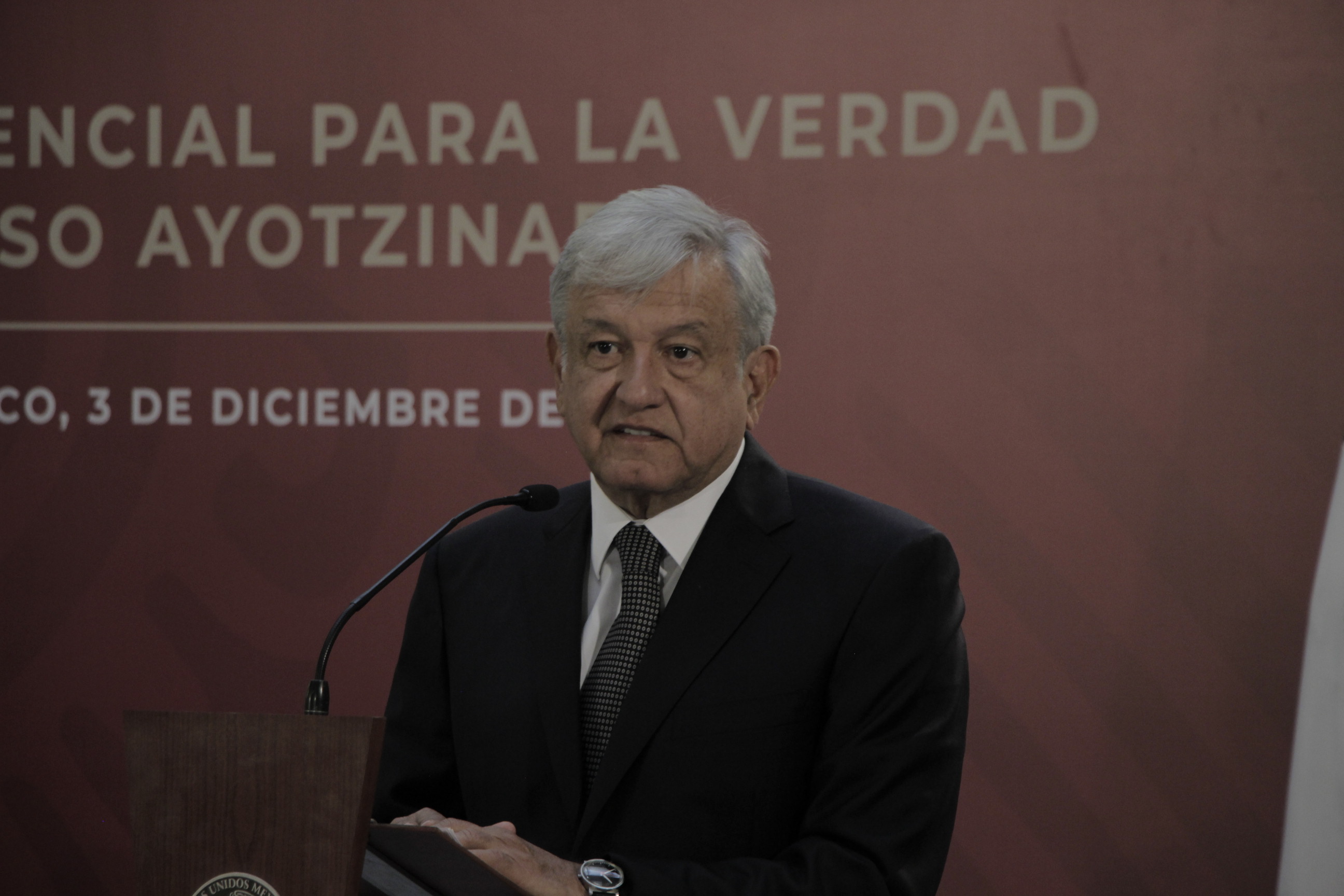 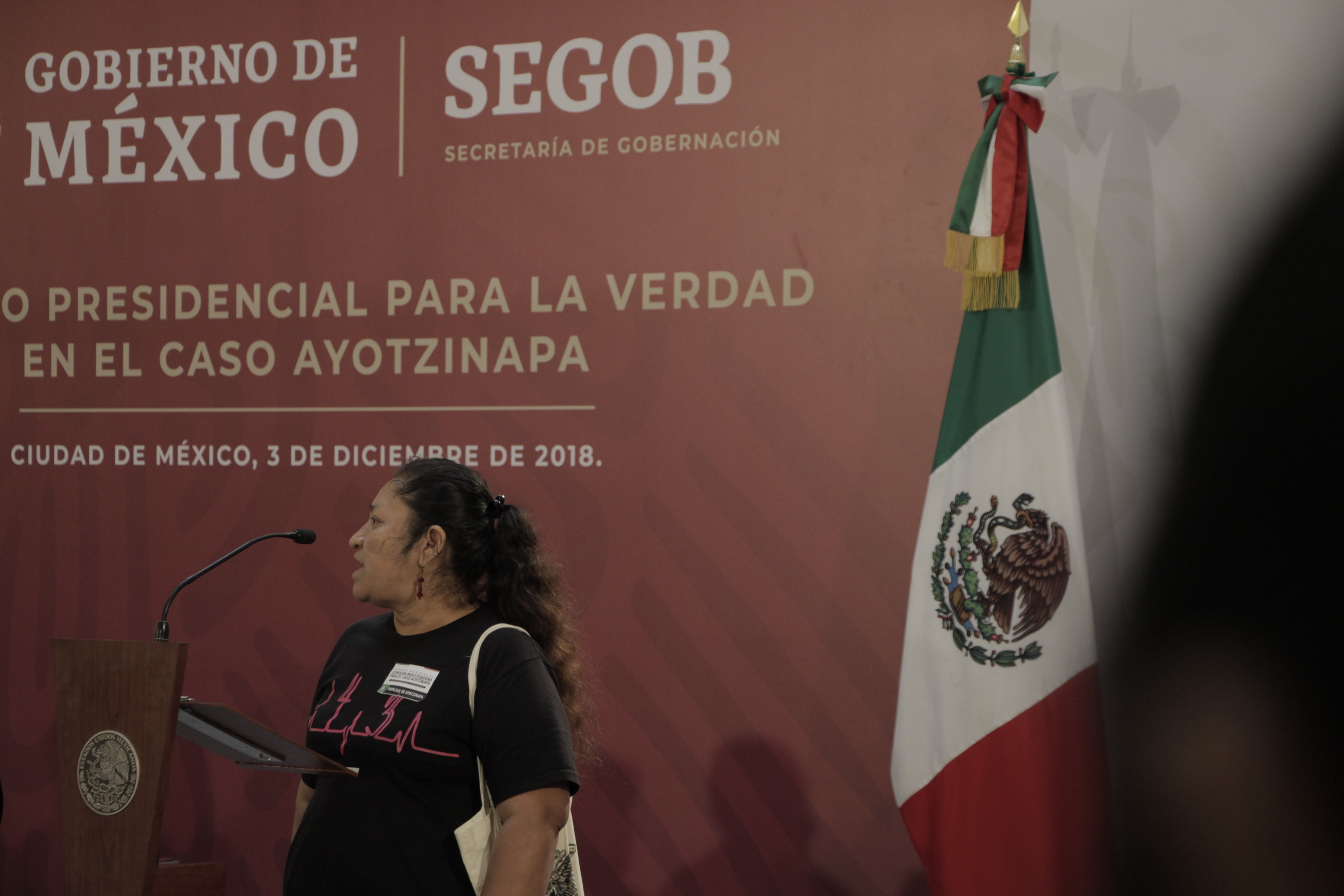 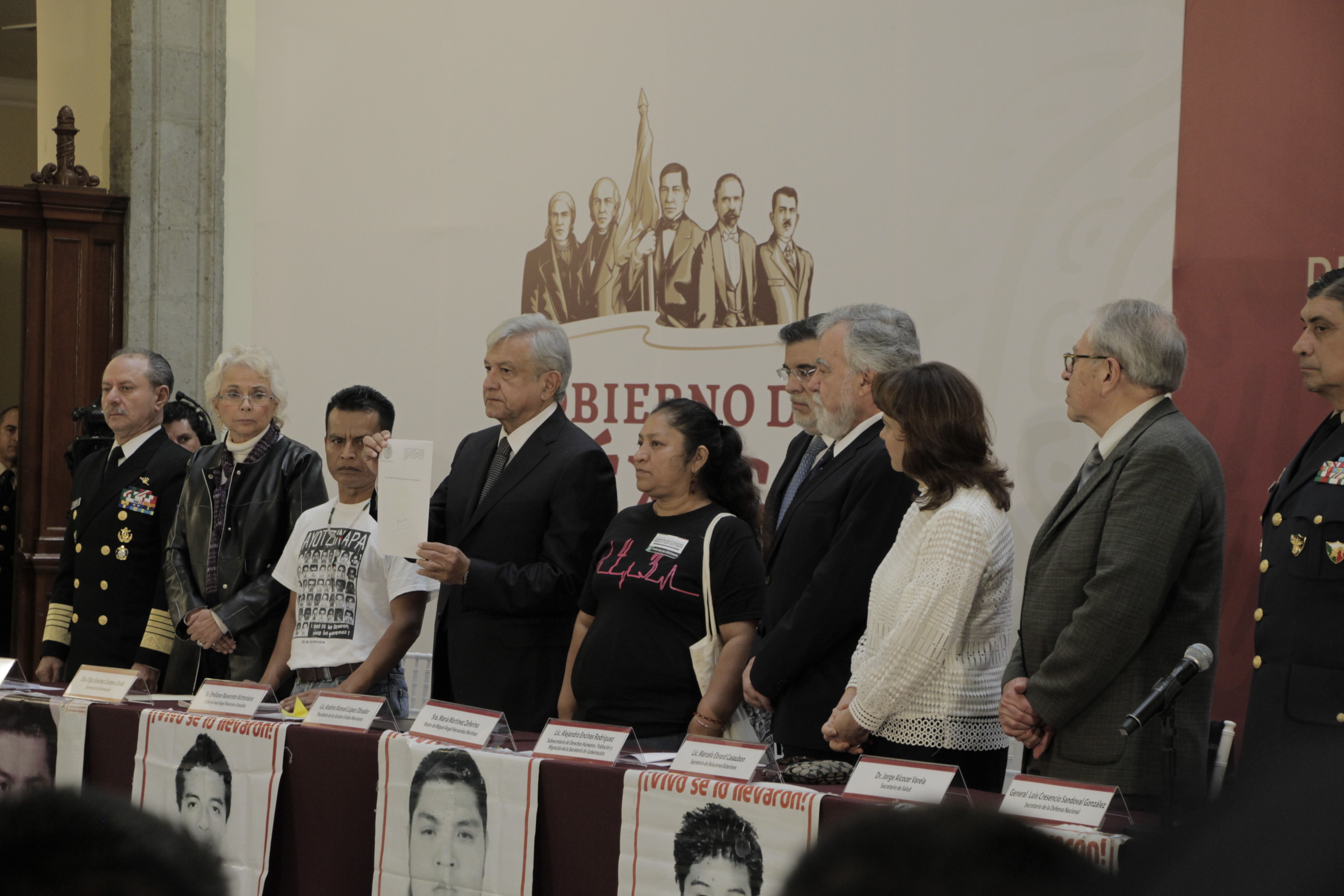 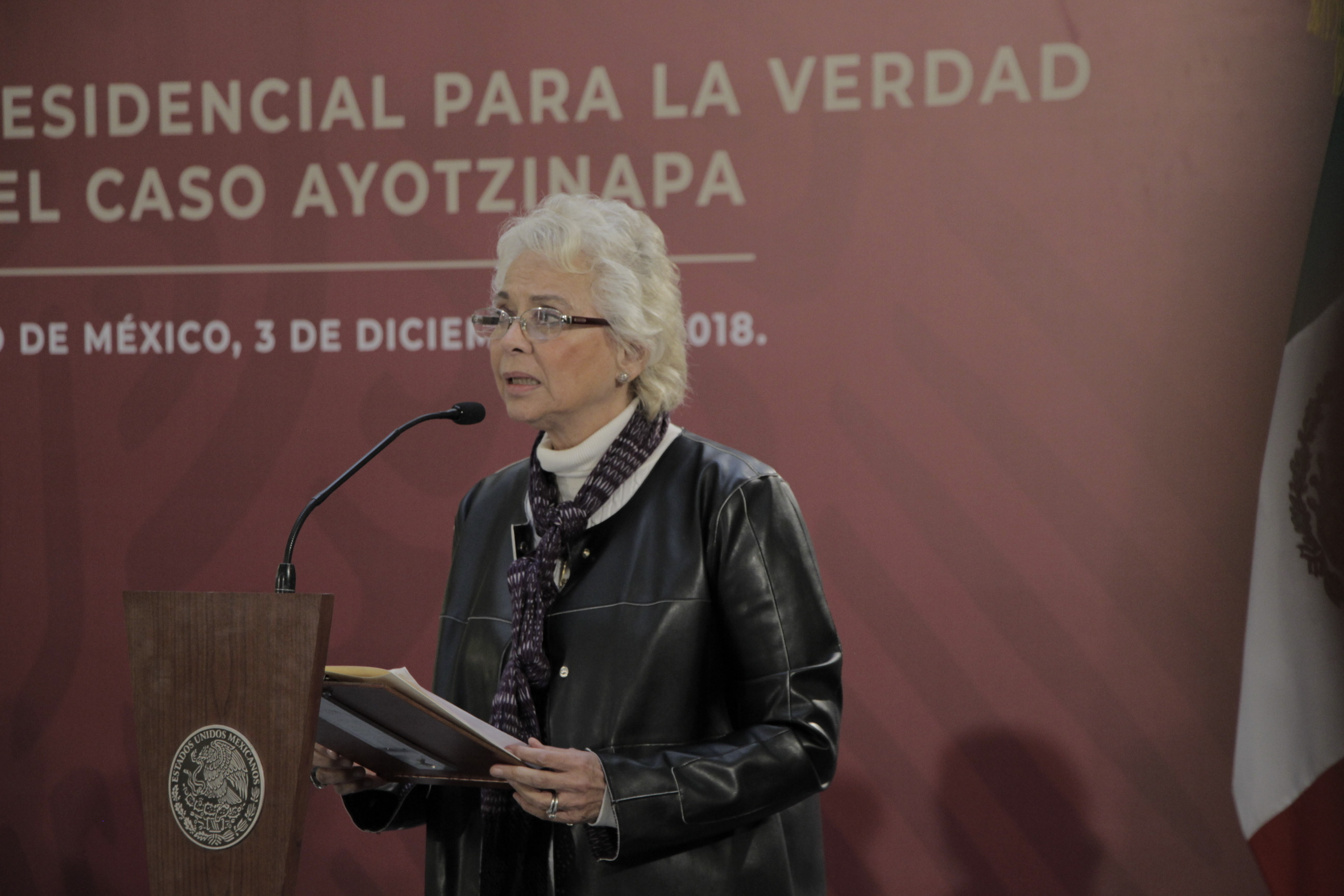 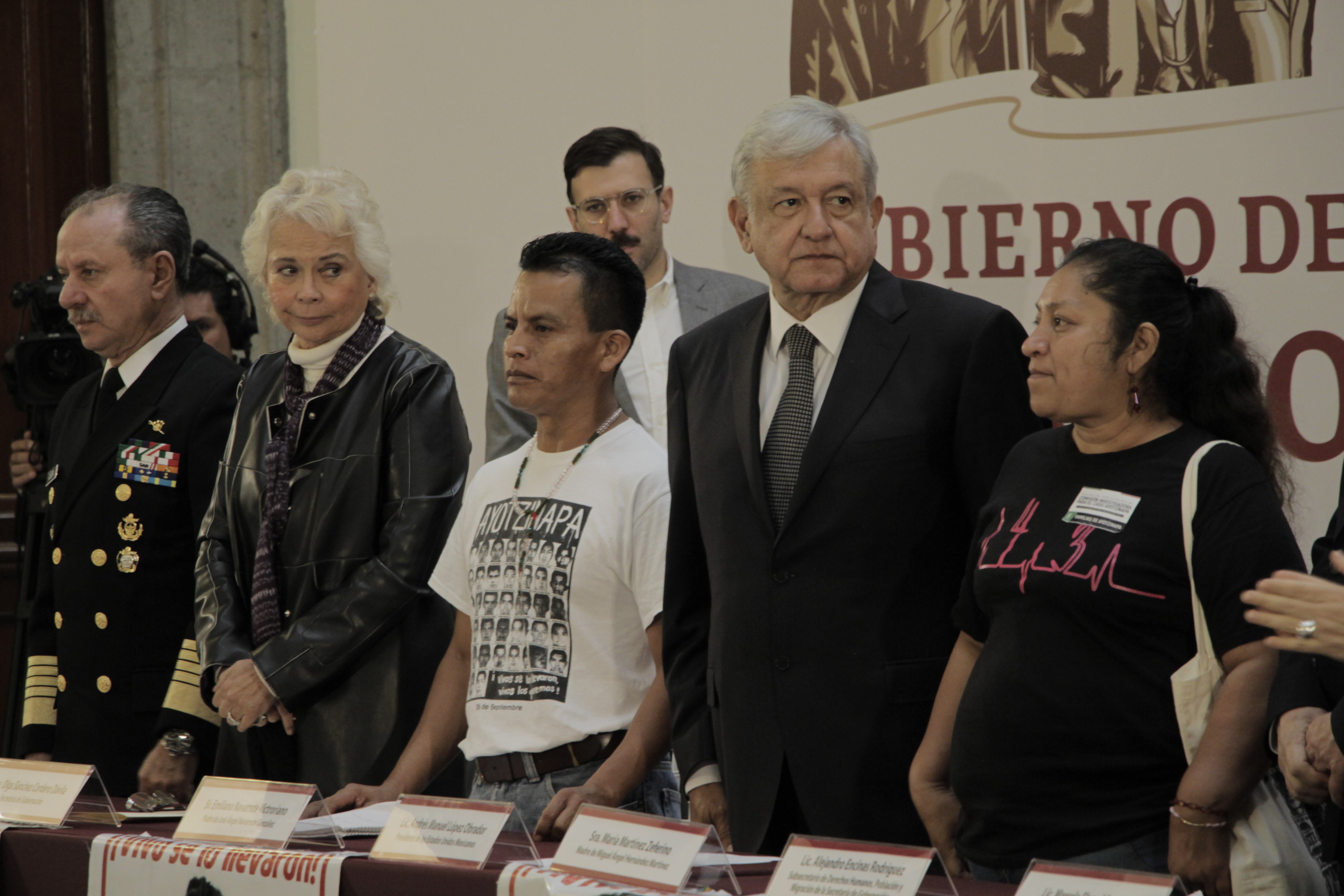 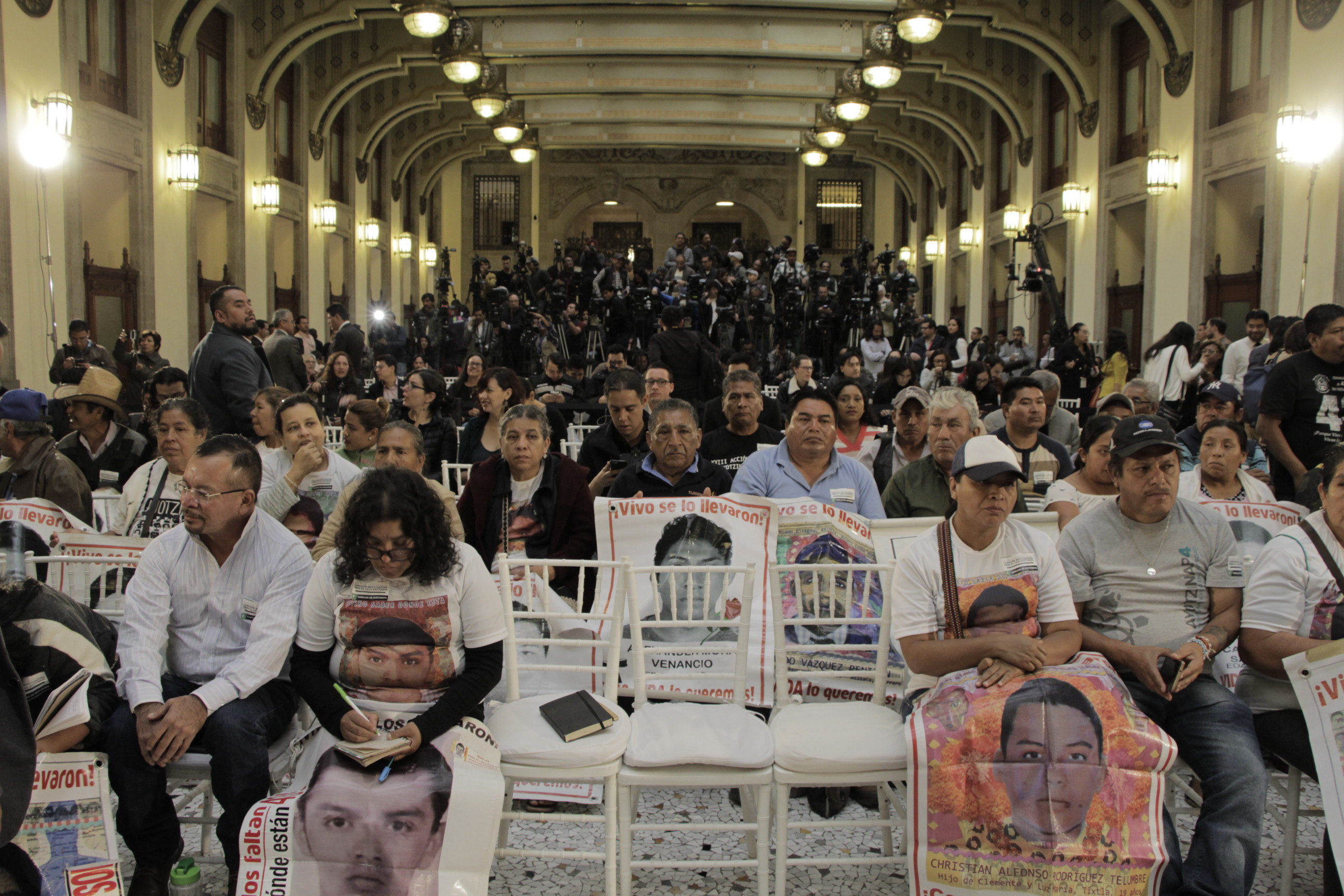 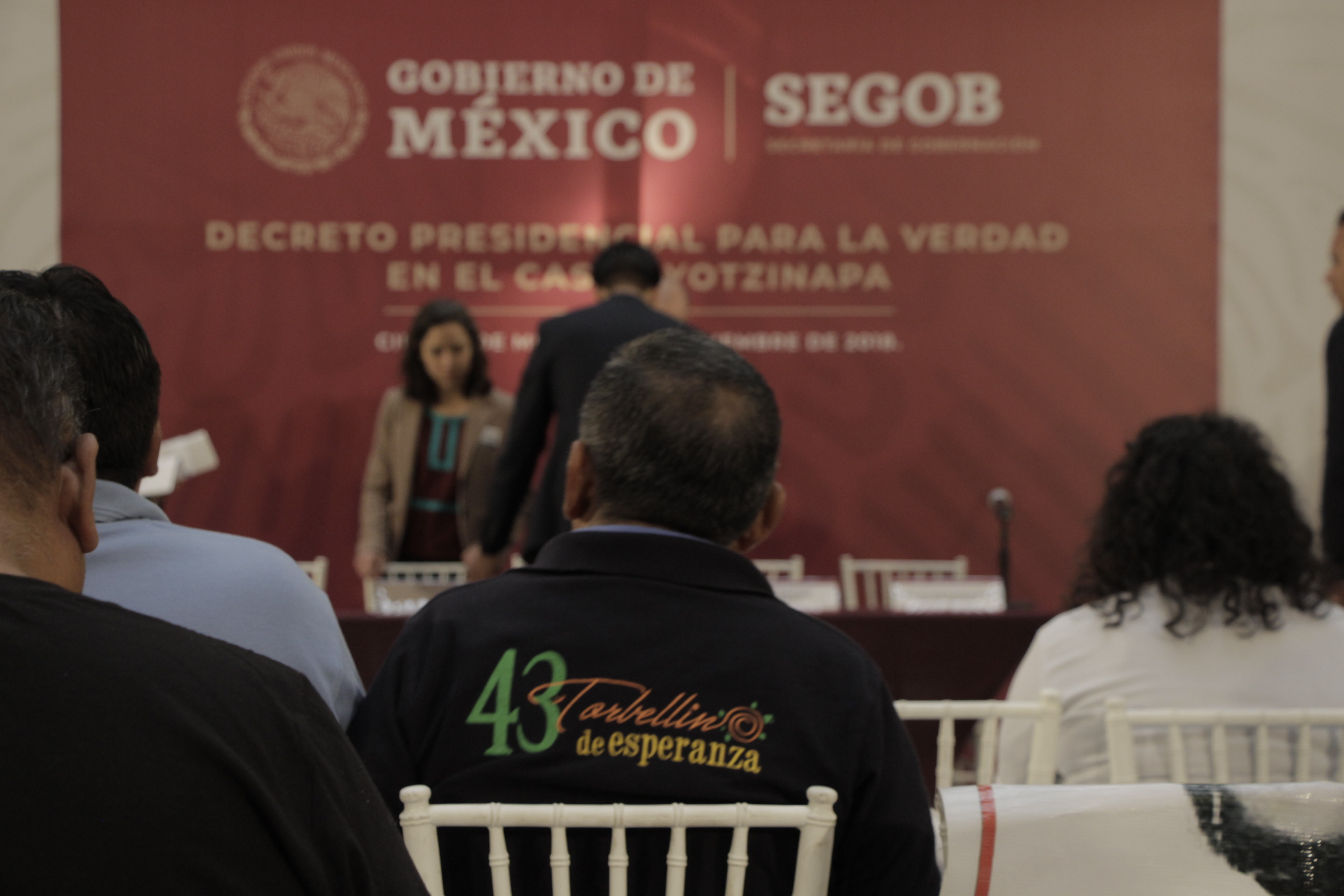 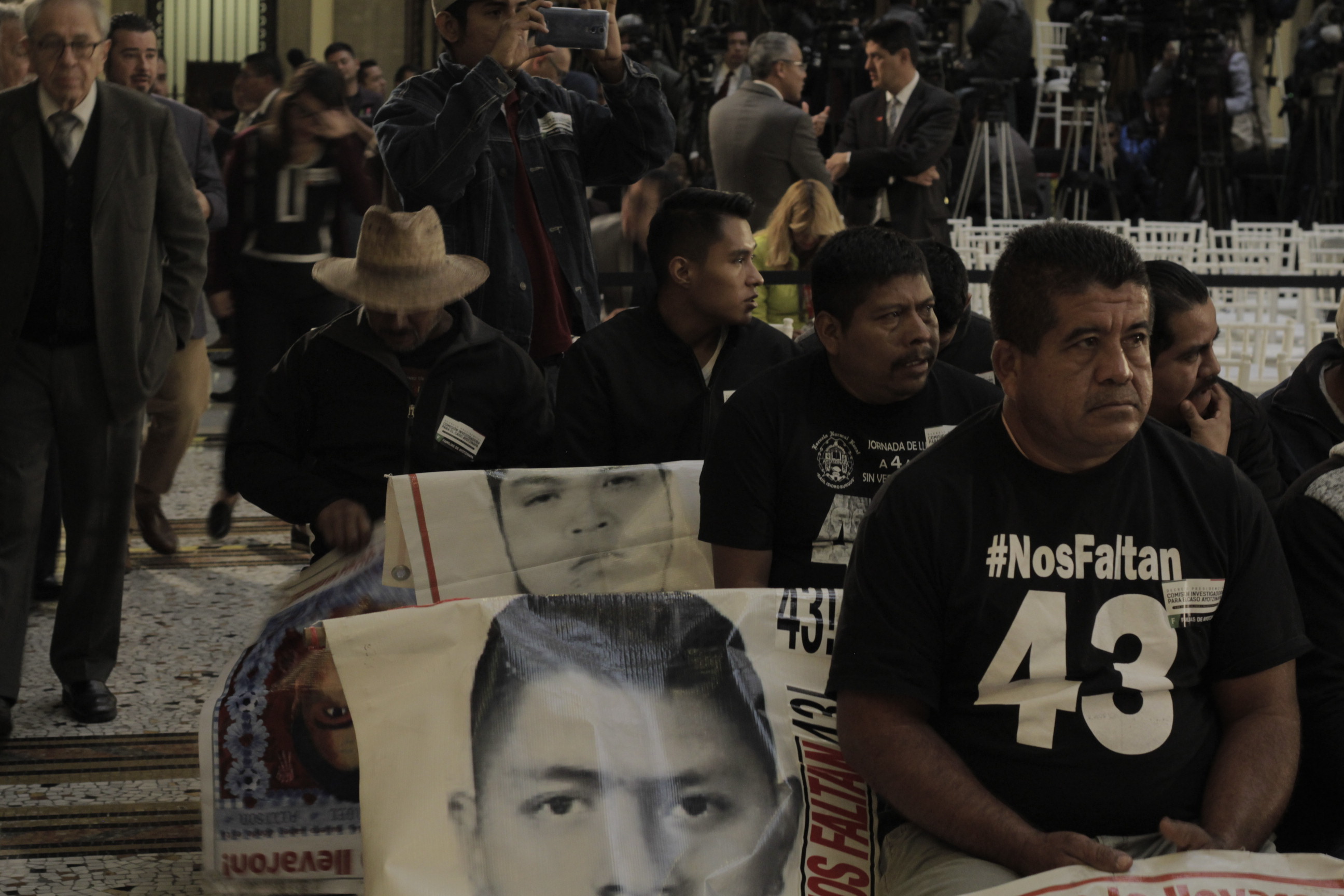 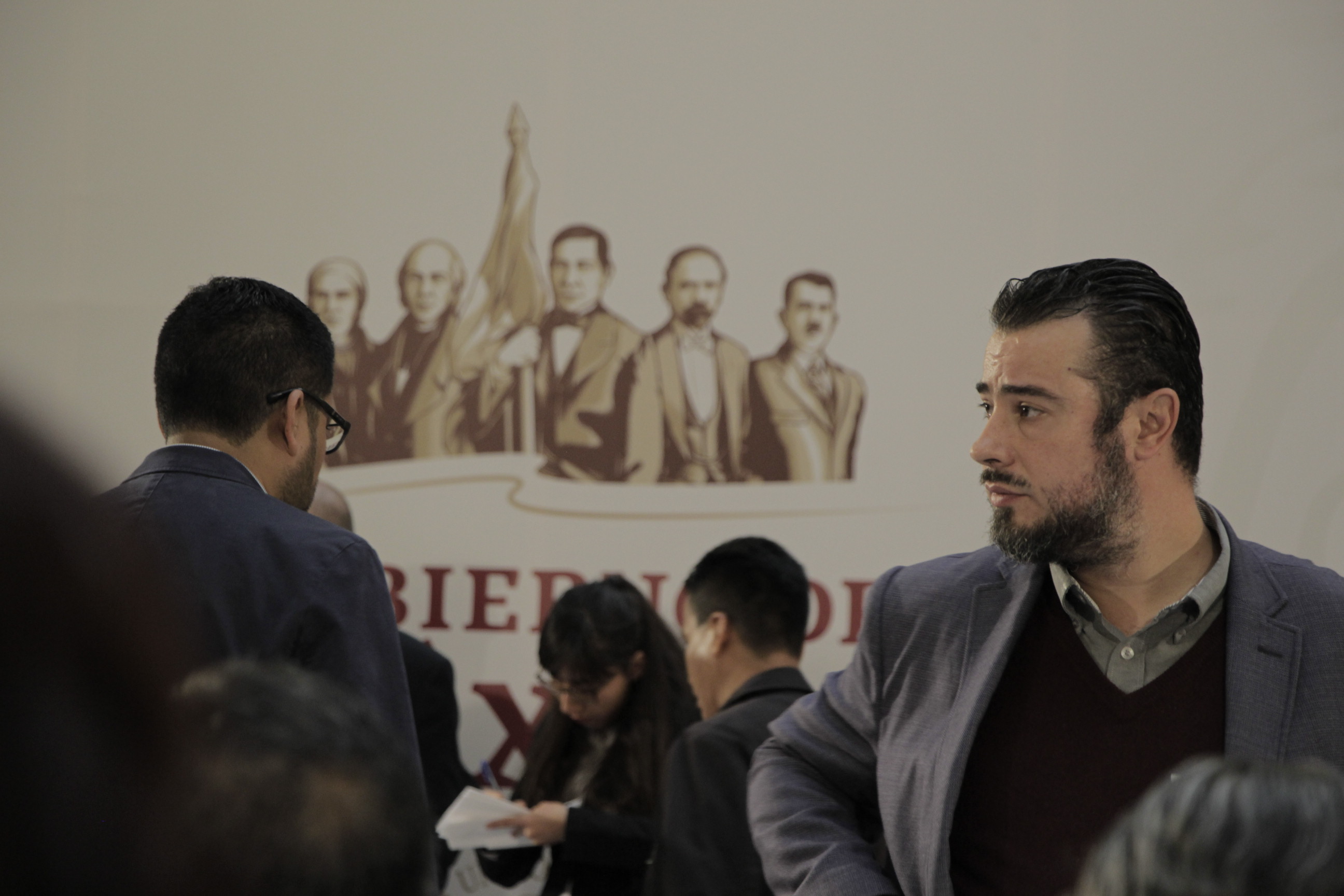